The Chhatrapati Shivaji Maharaj Vastu Sangrahalaya (CSMVS), formerly known as the Prince of Wales Museum, was established in the early 20th century to commemorate the visit of the Prince of Wales to Bombay. During that time, he came to the city and laid the foundation stone on November 11, 1905, and the stage was set for a city museum. The museum’s door was opened to the public on January 10, 1922, and before that it functioned as a hospital during World War I and the outbreak of the Spanish Flu. As the massive structure reaches its 100th year, the museum is witnessing another epidemic. Its collections of art, sculptures, artefacts, and other memorabilia from antiquity, medieval times and prehistory have grown and expanded over time, continuing to attract and draw not only Mumbaikar, but people from all over the country and the world.

A century has passed and the museum stands as one of the city’s most important symbols of culture and heritage – having witnessed the city’s development from the days when the British ruled India until now when it is ruled by parties like Congress, Shiv Sena and Bharatiya Janata Party. Built by Scottish architect George Whitette, reflecting the Indo-Saracenic style of architecture, CSMVS is today home to nearly 21 galleries covering paintings, pre-history and primary history, prints, natural history, numismatics, jewelry, Japanese and Chinese art, among others other. When it reopens to the public after the third wave, 15 galleries will be accessible to people. 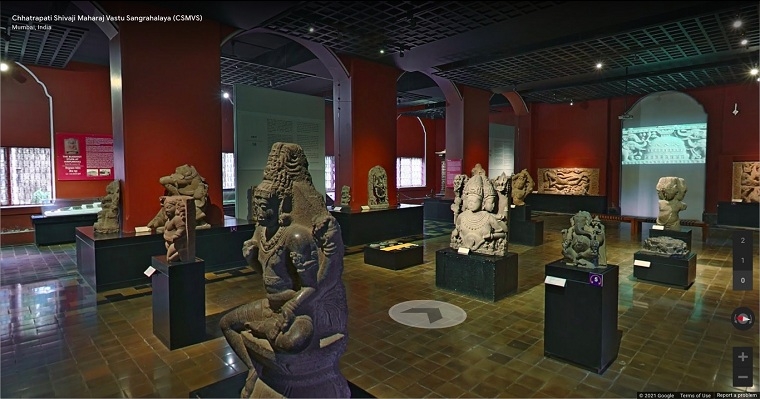 “The history of CSMVS is the history of Mumbai,” says General Manager, CSMVS, Dr. Sabyasachi Mukherjee. He talks about a time when the idea of ​​the museum crystallized. In London, the Crystal Palace fair was held in Hyde Park and the Maharajas and the achievers of their trade from India visited the gallery and witnessed the art and other marvels on display. In this event, they realized the importance of the Museum to the country, to share its collections of art, traditions, history and legacy with the people. The city was developing and developing rapidly, its population was increasing, and so the moment of cultural space for the city came.

Today, along with Aamchi Mumbai, the CSMVS collections have also expanded, and the majestic building houses nearly 70,000 artifacts, a children’s museum, a museum on wheels, an institutional archive department, and a separate research and publishing department in the museums. 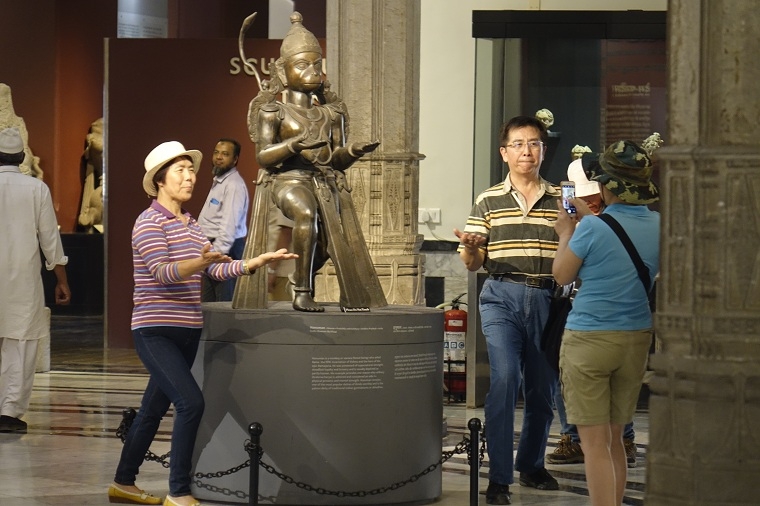 An outdoor café and a museum shop have also been added to make the space more user-friendly and more visitor friendly, giving people the chance to sit back, relax and enjoy a tea or coffee while they “look at our beautiful Indian and Islamic architecture”, against the backdrop of a bustling bustling city. A course on Built Heritage Studies and Conservation is also offered to interested students by CSMVS, Certificate of the course will be jointly offered by CSMVS, Mumbai Metropolitan District – Heritage Preservation Society (MMR-HCS), Mr. JJ College of Architecture. Hence, the goals and objectives of the museum expanded and developed over time.

“It is a challenge for cultural institutes to bring people into the institute and share history and collections. Our history has been glorious. People should not feel or imagine that the museum is like a ‘jadu gar’ (house of magic). The challenge is to bring people back to the cultural institutes through innovative and creative exhibitions. Museums remain relevant. If we don’t change, people will isolate us. We need to use technology, which plays a key role, to reach millions. Today, we are active on all major digital platforms and connect with thousands through our educational programmes.” 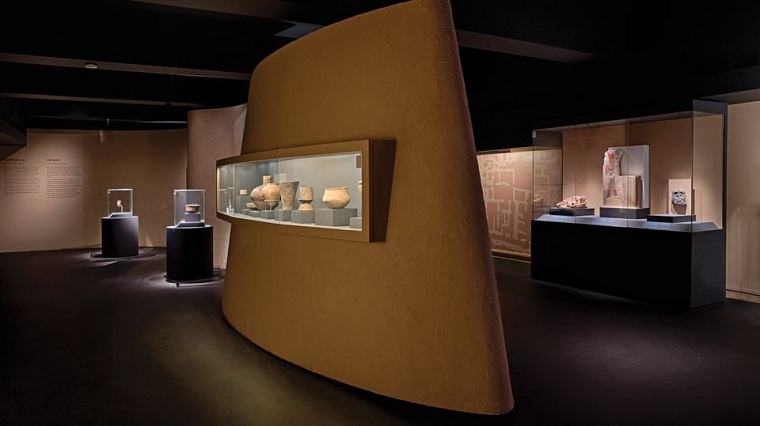 he crossed his boundaries

Mukherjee also points to the museum’s role in enabling people to accept different perspectives, thought processes, cultures and backgrounds. “Here, one can see the cultures of other countries, which is a rarity in some Indian museums, where you can see only Indian culture. Our collections range from European paintings to European Art Deco items to oriental art, and collections of southeastern Himalayan art collections. (Tibetan.) You get a chance to develop a global vision. This is something we must not forget… India has been globalized since ancient times, and will remain globalized…”

Various types of exhibitions have been tried by CSMVS to arouse people’s interest, for example, exhibitions such as “Mummy: The Inside Story”, and other exhibitions that focus on Bollywood personalities such as Bimal Roy and Shammi Kapoor. 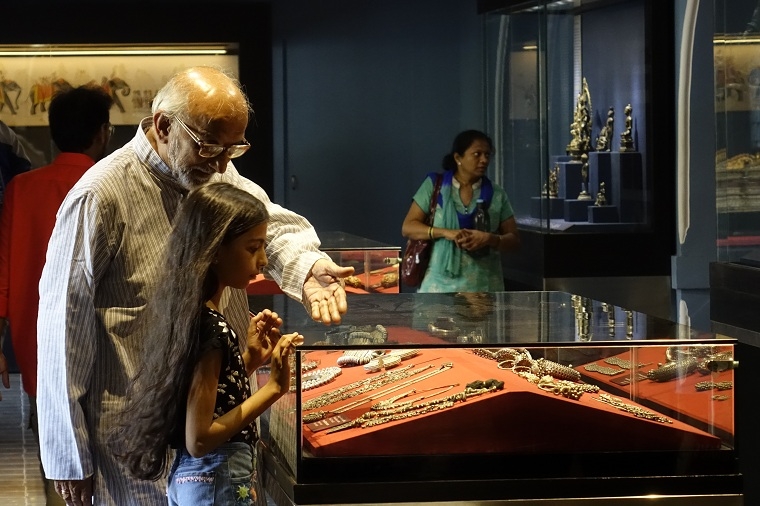 “These exhibitions were successful and thousands of young people came to attend Mummy: The Inside Story… The role of the museum is to introduce diversity. We observe the people who visit, how they interact. How they respond to our exhibitions, then the language of the exhibitions changes accordingly. One of our plans is to make our exhibitions more interactive. Nothing remains constant. We have to know what people’s interests are,” Mukherjee shares.

On its centenary, CSMVS organizes a series of lectures, workshops, conferences and other planned initiatives. At an event to commemorate its 100th anniversary, which was on January 10, a series of Thanjavur paintings, which had been donated to the museum by art collector Kuldeep Singh, and books titled The Amarusataka and The Lives of Indian Love Poems, The Lost was released Terracotta Buddhist Stupa of Kahu-Jo-Daro, Meditations in the Museum, Portfolios Celebrating Thanjavur and Miniature Paintings. 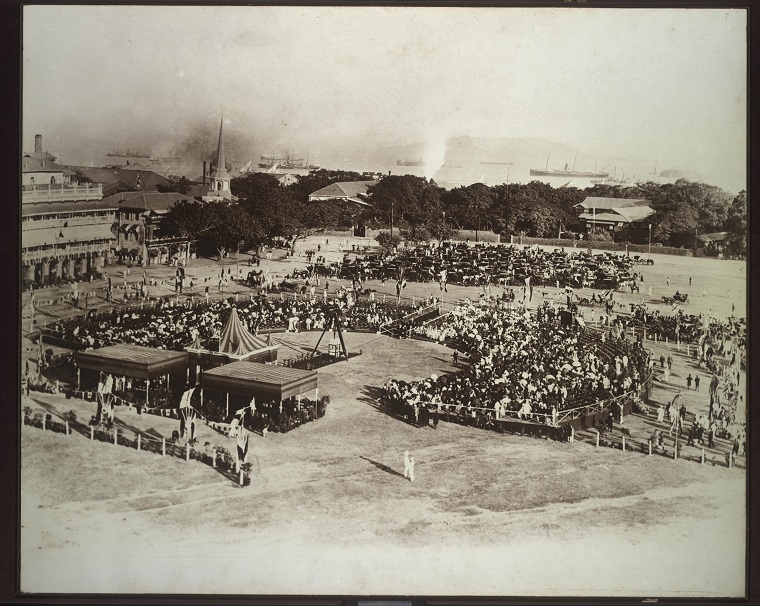 By 2023, CSMVS plans to add two new exhibitions to its repertoire of exhibitions – one in Bombay or Mumbai, and another on the ancient world and long-lost civilizations. The Mumbai exhibition will show the history of the city, what it was at one time and how it has become a multilingual city today.

Digital media, documentaries, films and photos will be used to cover the city’s history. Through these, we aim to create a narrative that highlights the unique energy of the city…three things that come to mind when you think of Bombay – the sea, the land and its inhabitants. Our Bombay Gallery narrative will show how the unique energy and collective strength of the city built the city. The city has a unique history that must be told to this generation so that it can feel proud.”

1. The Museum is located on a semi-circular plot of land known as the “Site of the Crescent”

3. The Museum on Wheels transports culture to the people through dedicated buses.

4. The museum is also home to the city’s first textile exhibition.

6. Artifacts from the Buddhist site of Mirpurjas, which were excavated by the famous archaeologist Henry Cousins ​​in 1909, are an important part of the museum’s collection.

(To receive our e-paper on whatsapp daily, please click here. We allow PDF sharing of the paper on WhatsApp and other social media platforms.)